Hey! remember that thing that we were supposed to finish over a month ago?
Well I’m pretty sure we actually finished it now… I think… (no, the delay wasn’t our fault, it was just general logistics, I promise)

Anyhow, Happy Music is officially complete! Although surely there will be adjustments, because lets face it, software is never  finished finished today.
But Nevermind! Huge excitement! The little game actually looks very nice I believe, but I suppose I’m not a very impartial party here.
Sadly I’m still not sure about when it will be officially released, but we will unleash fireworks and balloons for that momentous occasion.
We are free to dedicate more time to our own projects. 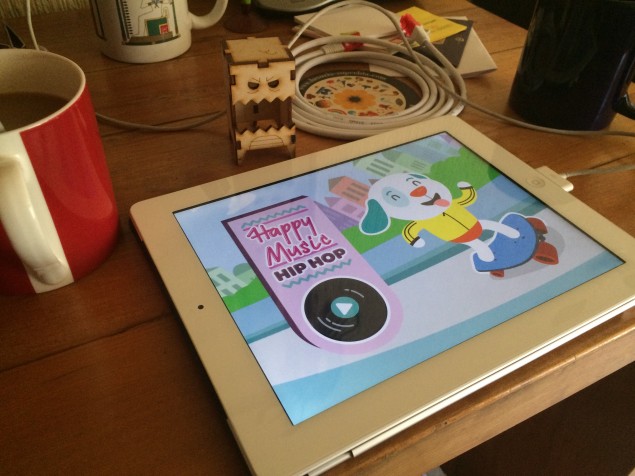 See! it works! I’m not sure if we should show any of this, but I don’t think it matters too much.

First things first, since we signed up to ID@Xbox, we received a Xbox One dev-kit from the lovely folks at Microsoft, which could potentially allow us to release our very first New-Gen title. I know it is a silly thing to be excited by this nowadays, but we grew up playing on consoles, and seeing the possibility of releasing something in this platform is still some kind of childhood dream (at least for me). 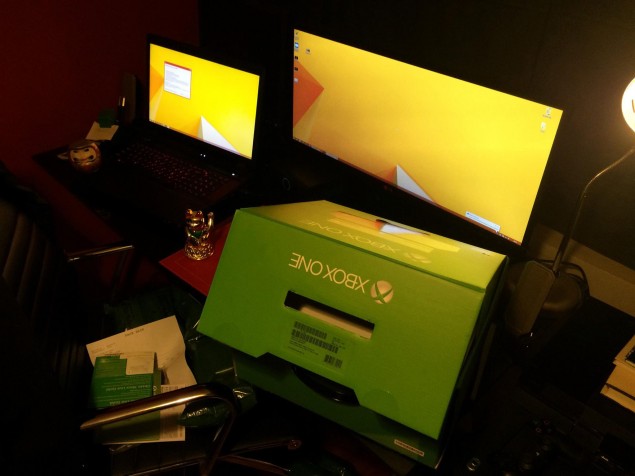 You guys may have seen it, but it’s still so cool!!

So what are we working on now?

And I think that’s all I can tell you for now.
I’ll try to update more promptly… well if I have any scandalous gossip to share, for sure.
I also may try go back to keeping a more constant blog myself, all things related and unrelated to vidjagames.