So GDC has been  over for a while, but I am still not back to my safe creative space.
Instead, I’ve been travelling around. Canada was very nice, It’s the first time I’m on a snowed up city like Montreal, and once you get past the negative temperatures, it is really a fantastic place. It reminds me much of my much missed Melbourne.

The motives of this trip are not really business, although I did get to drop by Ubisoft Montreal’s HQ randomly. But in any case after GDC, I’ve been left with a very inspired creative spirit, and we’ve been planning and structuring heavily, we can’t really say anything yet, but cool things are definitely happening.
Also, without wanting to sound like a fanboy, the guys at Sony are really probably the nicest, most efficient and most welcoming that we have spoken to… Not that we have too much experience, but it is still has been a real breeze talking to them.

I’d like to thank all the people I met on GDC ( and the organizers themselves for putting together such a cool event), I have not sent all the emails I’ve wanted to yet, but I will definitely do it as soon as I get back home. I really hope I can attend to more conventions and we really look forward to being able to attend next year’s event as a team, and hopefully have something on display too.
For a while I’ve known I want to be a game developer, but events and people like the people I met, make me that much more confident about it. 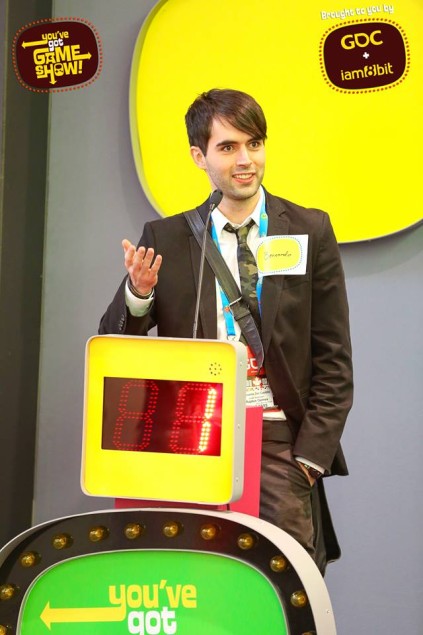 I’m a shy programmer, you know, I don’t do these kinds of things, but look at that, not only they got me playing but I even won my round.

Anyway, I plan to keep the updates happening, more often now.
I will definitely keep you posted upon new developments and other oddities.

Ps. Now Tap & Blast is a Dollar, we are adjusting a few things of the complete game that will make sense once the new update comes up, I hope some players decide to give us a purchase to support the red blasting imp 😉
But don’t be alarmed, if you already downloaded it for free, it remains free forever.